Often I go to the cinema cause the only thing that stops my brain ticking too much is a giant screen and a new world to distract me. Yesterday was one of those days, so I took myself to Neverland.. Ok I took myself to the Omniplex Mahon point but same difference 🙂

Sometimes friends begin as enemies and enemies begin as friends is the premise of this film. It tells the story of orphan Peter (Miller) who is spirited back to Neverland, there he befriends Hook (Hedlund) and the adventure to find his mother and save the island from  evil pirate Blackbeard (Jackman) commences.

Hugh Jackman is amazing in this as Blackbeard. His theatre roots really shine through. He kind of made the film better for me. You get the feeling they made this as a movie with the plan they can turn into a show and make a sequel out of.

Why isn’t Hook one of the baddies? Well they use a line in the book that mentions Hook trained under black beard to switch the story up. Hedlund over acts in this film and it got on my nerves.. it was like he was Indiana Jones mixed with Clint Eastwood. He was almost cartoon at some stages. A pretty cartoon 😛

Miller as Peter is perfect and handles being the star of it really well. I don’t really get the Rooney Mara casting as native princess Tiger Lily, but that debate has been all over the internet. apparently the director saw the tribe as people of all different cultures, you can see this in the film but still… it kind of shows Hollywood’s whitewash culture. Thats not a reflection on Mara, more so something Hollywood is getting too used to. Maybe years down the line we won’t have to worry about what colour person you cast in a role. But right now, to pretend it doesn’t matter is silly. She does kick ass here though 🙂 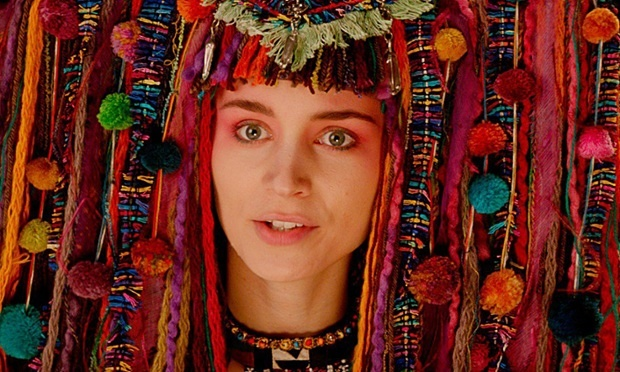 Anyway back to Pan and Neverland. Its only ok. The special effects are beautiful, but I can’t see 3D so mostly they are lost on me.. and when these 3D effects don’t work you see how much they take up a film and how much they over use them. The fairies are done so well..I’d imagine they are beautiful in 3D are they?

We get a little mention of Tinkerbell. Neverland looks totally fantastical and magical and all the kids in the room really enjoyed it and often made yelps of wonder. I do think the PG aspect of this film should be noted. There is quiet scary parts in it and I really don’t think it would be great for children on 8. I think the child that left my screening in tears at one stage would agree.

Review: Pan is watchable but there is nothing new here. Its above average, barely. It got crushing reviews so I wasn’t expecting much which always helps. Lots of music and magic to keep the kids entertained but not suitable for the young ones. Just too scary in parts! Visually it is stunning but some of the acting is dire and ruins it. Tries just a little bit to hard to be more than it is.

Let me know what you thought of it? Could have been so much more 😦

Images courtesy of IMDB and movie.as

Leave a Comment, I would love to hear from you :) you can comment through FB/Twitter tab on this also Cancel reply